Working with veterans may be different than working with other clients. But ultimately, our job as real estate professionals is to understand...
Read more
Real Estate

Home tours plummeted by half this year in Western states

Nationwide, home showing activity in October was down 27 percent year over year. In the West, the drop-off was nearly twice as...
Read more
Real Estate

Agents who sign on can access legal structuring and advisory services, a network of industry thought leaders, accountants, wealth managers and a...
Read more
Investments 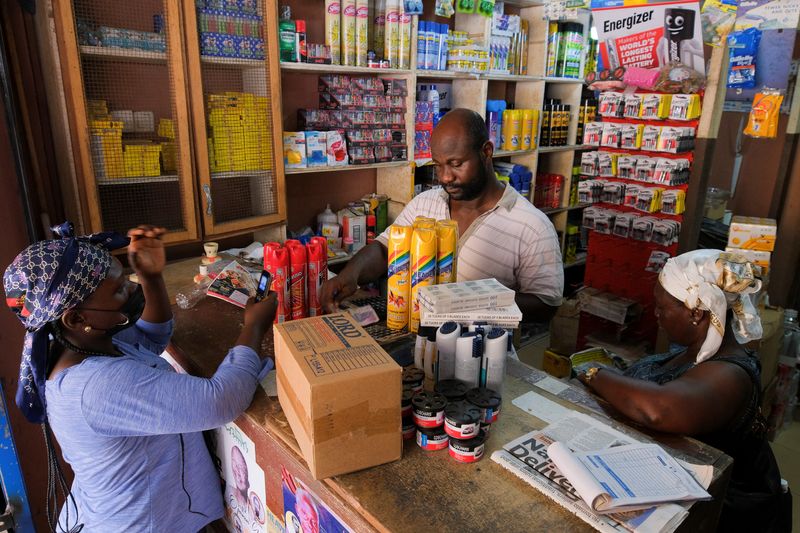 By Francis Kokoroko and Rachel Savage

ACCRA (Reuters) – Everything changed for Ghanaian storekeeper Isaac Siaw when his telecoms provider launched mobile payments for business in 2017.

Sales boomed at his 20-year-old store, as customers no longer had to pay cash for household goods that include mosquito repellent, batteries, razors, soap and superglue.

But as parliament considers a new 1.75% tax on electronic payments, known as the ‘e-levy’, Siaw said he may return to cash full-time.

Finance Minister Ken Ofori-Atta proposed the e-levy in November to widen the tax net, but opposition was so fierce that it caused a brawl in parliament a month later, and it failed to pass.

The government plans to resubmit the bill next week and try to fast-track it. Lawmakers will recess on April 15, closing the window for its passage if it is not voted on before then.

The tax, which would cover mobile money payments, bank transfers, merchant payments, and inward remittances, could raise up to 6.9 billion Ghanaian cedi ($926 million) in 2022, according to official estimates.

But Ghana’s $50.8 billion public debt is unlikely to drop significantly.

“We have prices of goods going up each and every day,” Siaw said. “If a customer must pay a higher price for a commodity, then after paying that high price he also must pay for the e-levy, it won’t be good for business.”

Just as Ghana’s small business owners begin to drift from cash-based sales, many believe the e-levy will price them out of the digital economy. But officials see it as the panacea for a raft of financial woes that could spark an economic crisis.

Consumer inflation reached 15.7% year-on-year in February, the highest since 2016. The cedi depreciated some 20% against the dollar this year, second only to the Russian rouble, and public debt hovers around 80% of gross domestic product.

“The unyielding stance of the minority in parliament against the e-levy … gravely affect(ed) investor confidence in our capacity to implement programs and settle our debts,” Ofori-Atta said at a press conference last week.

Even if the e-levy overcomes Ghana’s hung parliament, around 73% of Ghanaians oppose it, as a February survey by Global Info Analytics shows.

But analysts said it could reassure investors and lenders of Ghana’s ability to make tough choices to generate revenue, helping to narrow bond spreads.

“It’s taken on a psychological importance for many investors,” said Razia Khan, chief economist for Africa and the Middle East at Standard Chartered (OTC:). “If there are no big revenue measures … it’s not clear where the revenue upside is going to come from.”

Ghana’s sovereign Eurobond yields have spiked in the last year, effectively shutting it out of international markets, as investors consider the debt too risky.

That lack of access factored into ratings agency Fitch’s decision to slash Ghana’s credit rating to B- from B in January. Moody’s (NYSE:) downgrade followed a month later, causing Ghana’s sovereign dollar bonds to tumble further.

For a related graphic on Ghana’s bonds under pressure, click https://tmsnrt.rs/3DeF28V

In a note last week, JP Morgan analysts estimated a 30% probability of the e-levy passing in parliament.

Without it, they wrote, Ghana may have to pursue a debt relief program through the International Monetary Fund, which the government has so far resisted.

Disclaimer: Fusion Media would like to remind you that the data contained in this website is not necessarily real-time nor accurate. All CFDs (stocks, indexes, futures) and Forex prices are not provided by exchanges but rather by market makers, and so prices may not be accurate and may differ from the actual market price, meaning prices are indicative and not appropriate for trading purposes. Therefore Fusion Media doesn`t bear any responsibility for any trading losses you might incur as a result of using this data.

Fusion Media or anyone involved with Fusion Media will not accept any liability for loss or damage as a result of reliance on the information including data, quotes, charts and buy/sell signals contained within this website. Please be fully informed regarding the risks and costs associated with trading the financial markets, it is one of the riskiest investment forms possible.

Working with veterans may be different than working with other clients. But ultimately, our job as real estate professionals is to understand...
Read more
Real Estate

Home tours plummeted by half this year in Western states

Nationwide, home showing activity in October was down 27 percent year over year. In the West, the drop-off was nearly twice as...
Read more
Real Estate

Agents who sign on can access legal structuring and advisory services, a network of industry thought leaders, accountants, wealth managers and a...
Read more
Investments

What Is a Split-Level House? All About This Mid-Century Style

Are things feeling off? How to reset expectations with a client...

Ukraine and Russia: What you need to know right now